Kate and William Salute the Thousands who Fell at the Somme 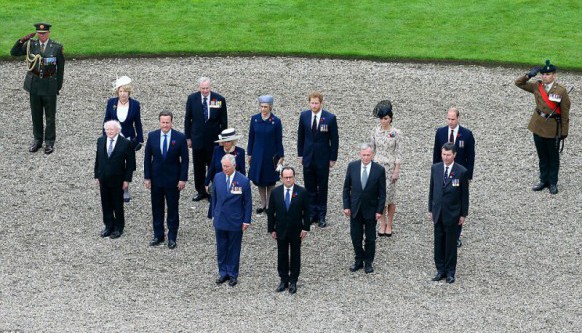 Senior members of the Royal Family stood side-by-side with politicians as more than 10,000 people gathered to mark the 100th anniversary of the Battle of the Somme.

They were joined by David Cameron, Nicola Sturgeon, and French president Francois Hollande at the Thiepval Memorial in northern France, which commemorates the 70,000 British and Commonwealth soldiers with no known grave.

This morning veterans, servicemen gathered across the country to observe two minutes' silence, marking the moment whistles were blown and some 120,000 men went 'over the top' on the first day of the battle -- the bloodiest single day in British military history.