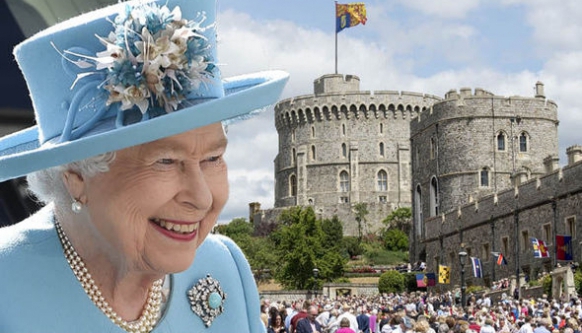 
A BALLOT for free tickets to a celebration marking the Queen’s 90th birthday has opened to the public.

Some 5,000 places are up for grabs for a spot on The Long Walk in the grounds of Home Park, Windsor Castle, on Sunday May 15 – the final night of The Queen's 90th Birthday Celebration show.

Half of the tickets will be drawn from local Windsor residents who apply, but the remainder will be open to all.

Seated tickets to watch the four-night theatrical spectacular – which will feature 900 horses and 1,500 participants including musicians, dancers and choirs, as well as famous actors and artists – sold out within hours in November.

But members of the public can now apply for the chance to win a free place to a pre-performance party on the grass beside The Long Walk where they will see celebrities arriving on the red carpet and watch the final performance outdoors on giant screens with the castle in the backdrop.

Members of the Royal Family will attend the show each night, and the Queen will go to the Sunday night performance, which will be broadcast live on ITV and hosted by TV presenter duo Ant and Dec.

A spokesman for HMQ90 said: "The Long Walk evening is expected to have a great party atmosphere for the 5,000 ticket holders with food stands, picnicking opportunities and entertainment to enjoy against the stunning backdrop of Windsor Castle."

Members of the public can apply for up to four tickets and have four weeks to register online at www.hmq90.co.uk or in writing at: Celebration on The Long Walk, The Old Booking Hall, Windsor Royal Shopping, Thames Street, Windsor SL4 1PJ.

The ballot will close on Monday, March 14, winners will be randomly drawn and winning applicants will be notified by email by the end of March.

The show, which is being staged each night from May 12-15, will tell the story of the Queen's life, and singer Katherine Jenkins will be among those performing.

The Queen turns 90 on April 21. Commemorations will also centre on her official birthday weekend in June with a mass street party in The Mall, a service of thanksgiving at St Paul's Cathedral and the traditional Trooping the Colour ceremony.