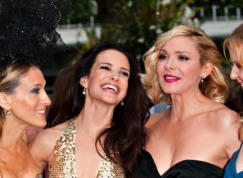 The Day started as a Socialist political event, the holiday blended in the culture of many countries, primarily Eastern Europe. In many regions, the day lost its political flavour, and became simply an occasion for men to express their love for women in a way somewhat similar to a mixture of Mother's Day and Valetine's Day. In other regions, however, the original political and human rights theme designated by the United Nations runs strong, and political and social awareness of the struggles of women worldwide are brought out and examined in a hopeful manner.

The first IWD was observed on 19 March 1911 in Germany following a declaration by the Socialist Party of America. The idea of having an international women's day was first put forward at the turn of the 20th century amid rapid world industrialization and economic expansion that led to protests over working conditions. In the West, IWD was first observed as a popular event after 1977 when the United Nations General Assembly invited member states to proclaim March 8 as the UN Day for Women's Rights and International Peace.

Demonstrations marking International Women's Day in Russia proved to be the first stage of the Russian Revolution of 1917.Following the October Revolution, the Bolshevik Alexandra Kollontai persuaded Lenin to make it an official holiday in the Soviet Union, and it was established, but was a working day until 1965. On May 8, 1965 International Women's Day was declared a non working day in the USSR.

This year, 2011, events are scheduled to take place in more than 100 countries around the world on March 8 to commemorate the 100th anniversary of International Women's Day. In the United States, President Barack Obama proclaimed March 2011 to be "Women's History Month", calling Americans to mark IWD by reflecting on "the extraordinary accomplishments of women" in shaping the country's history. Secretary of State Hillary Clinton launched the "100 Women Initiative: Empowering Women and Girls through International Exchanges", on the eve of IWD.

i-Marbella Wishes a Beautiful Women's Day to all the Women out there!