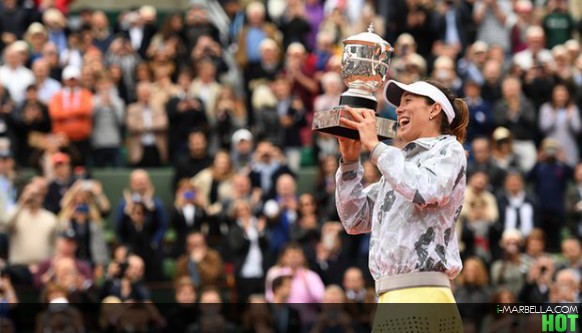 Spare a thought for Serena Williams, who's still stuck on 21 grand slam titles, one short of Steffi Graf. She does well to keep a smile on her face as she collects her runners-up trinket. She wasn't at her best today, which can be attributed both to her injury and to Garbine Muguruza's injury in equal measure, and this is another bitter pill for her to swallow after her disappointments in Melbourne and New York.

But it's Garbine Muguruza's day. She's been threatening to make her breakthrough for a while -- it's fitting that the world first took notice of her when she stunned Williams here in the second round two years ago -- and you suspect that this will be the first of many titles for Muguruza. She's only 22. There's a lot more to come from this wonderful Spaniard!

Serena Williams:"I Have Big Boobs And A Massive Butt"