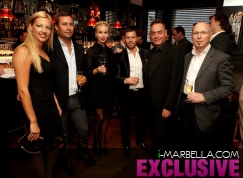 
MC Hotels Group renovated Tallinn capital’s longest continually operating hotel, St. Petersbourg, and reopened its doors to guests on the 9th of May.

According to the hotel’s owner, Daniel Shamoon, the entire hotel has been renovated, but its historical atmosphere has been preserved. “Freshening up an historical building is a big responsibility and an inspiring task for our interior designer, who skilfully combined the old building with modern colours and interesting patterns,” Shamoon explained. Renovation work lasted almost a year, with the guest rooms renovated during the first stage. “We also renovated the foyer and the restaurant at the beginning of the year,” Shamoon added.

Shamoon says their goal was to open up the capital’s oldest hotel more to the city’s guests as well as to locals. In addition to its restaurant, which offers modern Russian cuisine, guests can now also enjoy light meals, desserts and cocktails in the hotel’s foyer, or use the pool table that was placed in the foyer as a new innovation. A beautiful wooden floor in good condition was revealed when old carpets were removed from the foyer and restaurant.

“That was a pleasant surprise for us, and we decided not to cover it with carpet again – we’ll give all our guests the chance to admire this unique wooden floor,” Shamoon said.

The four-star St. Petersbourg is located on Rataskaevu Street in the Old Town of Tallinn. It is the longest continually operating establishment of its kind in Estonia. A boutique hotel, it has 27 rooms with different interiors. The building was redesigned as a hotel in 1850 by renowned architect Christian August Gabler. The hotel celebrates its 164th birthday this year. It belongs to the award-winning Marbella Club Hotels Group. Its most famous guests include Hillary Clinton and Ray Charles. The recently completed renovations were overseen by renowned British interior design agency of Andrew Martin.