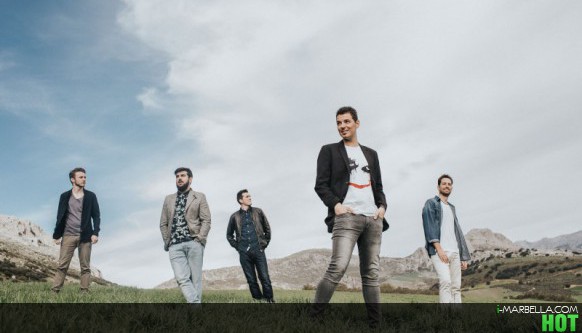 Tarifa Plana, one of the hottest young bands in Spain, currently with a top ten music hit in the Canal Fiesta radio charts, Bipolar, has just signed to be featured on an eagerly awaited new music reality television show, Johnny Boy Music Inc.

The lead protagonist on the show is iconic London music producer, John Ravenhall, who is launching a new record label, Johnny Boy Records and Entertainment, based out of London.

The television show will feature some of the top up and coming acts from America, England and Spain and will chart the launch of the record label following John through the trials and tribulations of running a modern day record company and signing and developing bands like Tarifa Plana who will be featured on the show.

John Ravenhall has been a producer for iconic acts such as Sir Paul McCartney, Kool and the Gang, and Bronski Beat to name but a few and is known for his sardonic wit and his forthright manner which should make for compelling viewing.

The television show will be produced by Wanda Halcyon Television Productions of California and London, England. According to Wanda Halcyon Showrunner, Pat Andrew, the combination of John Ravenhall and Tarifa Plana working together on the show should make for great viewing and produce cutting edge music that will appeal not only to the Spanish market but also to the 400 million Spanish-speaking listeners in North America which is considered the fastest growing music segment in the world.

Tarifa Plana is known for their dynamic lead singer, Luismi Grayonay, the creative lead guitarist, Borja “The Axman”, bass player, José María Alcoholado Macías, drummer Samuel Peláez, and rhythm guitarist Javier Rubiño. The band write their own songs to include their current hit, Bi Polar, and have a loyal fan base supporting their excellent live performances throughout Spain.

Johnny Boy Music Inc. television production will certainly provide access for the band to break through into the very competitive UK and American music market.