Avatar in 2D to be banned in China 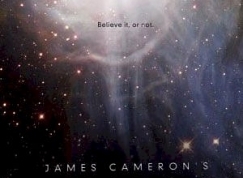 
During the first two weeks of being shown in China, James Cameron´s epic movie, Avatar, grossed almost £45m, making it the highest grossing film in the country´s history; however that has not stopped the Chinese Government from banning the film on the 23rd January.

"First, it has taken in too much money and has seized market share from domestic films," Hong Kong's Daily Apple said and "Secondly, it may lead audiences to think about forced removal, and may possibly incite violence."

For this reason China´s censors have decreed that the 2-D versions of the blockbuster be withdrawn from all cinemas across the nation.

Rumour has it that the film will be substituted with the state subsidized Confucius.