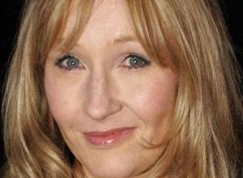 
An author who supposedly created a Harry Potter-style character years before JK Rowling but died penniless, is suing the author of 'Harry Potter' for plagiarism from beyond the grave.  J.K. Rowling is being sued for copying part of the plot of 'Willy the wizard' in the fourth installment of the adventures of schoolboy wizard.

The author of Harry Potter, J.K. Rowling, has been sued for alleged plagiarism of the work of “Willy the Wizard”, by Adrian Jacobs, a scarcely known writer of children's stories who died in 1997.

Rowling has been included in the lawsuit filed last June against Bloomsbury Publishing, the publishing firm of the books of the famous boy wizard, Harry Potter.

Bloomsbury Publishing denied in June 2009 that Rowling had plagiarized "important parts" in the book, Harry Potter and The Goblet of Fire, which was first published in 2000, thirteen years after Willy the Wizard was published.

According to the legal representatives for the Jacobs Estate claim the plot of Harry Potter and the Goblet of Fire copy certain elements of the plot of Willy the Wizard, such as a race of wizards and sorcerers travelling by train.

The writer died penniless in a nursing home in London the same year that his book Willy the wizard was published.