£375 million worth of cocaine seized off the coast of Spain 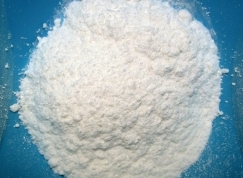 
1.5 tonnes of Cocaine with an estimated street value of 375 million pounds was found on a 150ft former coastguard vessel off the coast of northern Spain.

The Destiny Express, en route from the West Indies, was boarded 200miles off the Iberian Coast and taken into port where it was searched and the drugs were discovered, according to Sky News sources.

The operation led by the Metropolitan Police, Spanish National Police, Serious Organized Crime Agency and the Maritime Analysis Operations Centre, is the result of an investigation into an organized crime network stretching from London and Spain to the Caribbean and Columbia engaged in the large-scale importation and distribution of Class A drugs and the laundering of multi-million pound proceeds according to Mark Langford from Sky News.  The drugs are suspected to have been destined for London.  A number of arrests, including arrests of the ships crew have been made.

Detective Chief Inspector Peter Beyer from the Met's Central Task Force said: "I would like to thank Spanish National Police whose excellent work ensured the prisoners and drugs were safely secured.  I would also like to thank my team and others that have supported us in what has been a challenging and demanding investigation.  Their dedication and professionalism has ensured that the harm caused by this criminal network to the communities of London has been reduced significantly."

Cocaine and Marijuana found in several raids across Spain