The 10th edition of The Global Gift Gala Marbella a Magical Night to Remember, Gallery 2022
Information 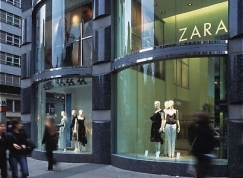 There was a slow down in retail decline in December


The rate of decline in Spanish retail sales slowed in December

Retail sales slipped by 1.4 percent compared to the same month of 2008 in calendar-adjusted terms, the National Statistics Institute reported. The pace of decline was much less than the 5.5 percent fall recorded in November, and below the 3.8 percent contraction predicted in a Reuters poll. But sales, while perhaps nearing the end of their fall, have contracted a long way since the economic crisis began. In December 2008, retail sales had declined by 6.1 percent, meaning that the most recent month's activity was more than 7.5 percent below that of the same month in 2007.

"Possibly sales were better than the previous Christmas, but in general indicators are not showing that consumption is expanding again," said Giada Giani, of Citigroup. "Weakness could remain quite widespread through 2010 and I am particularly concerned about household consumption this year."

The recession has left Spain with the highest unemployment in the euro zone, with the rate near 20 percent and the number of people registered as jobless hitting 3.9 million in December. In December Prime Minister Jose Luis Rodriguez Zapatero said there was a chance the economy grew in the final three months of 2009, although the government's central forecast showed the economy growing again in the first half of this year.  Spanish consumption is being hit harder than the expected 3.6 percent decline in 2009 gross domestic product might suggest. This is because the decline in consumption is lowering imports, producing a positive effect on GDP. Over all of 2009, Spanish retail sales fell by 5.2 percent in calendar-adjusted terms and by 5.4 percent in inflation-adjusted terms. Others said December's data were likely boosted by one-off effects such as the governments incentives to increase car sales, which would eventually fade away.
.

sense 27-01-2010 19:49 if rents prices going down in marbella, then also business coming back, people shopping but with normal prices. How can same thing cost 10 eur and ther other one 1000 eur???? ofcourse people dont buy they are not stupid and label today is not anymore improtant
0