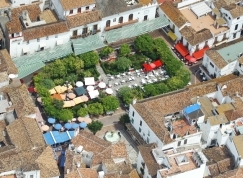 
The PP Ayuntamiento has to find 10 million Euro a year to finance the debt left by the GIL administration.

Marbella Town Hall, has announced that it is to auction off or rent its buildings in order to generate cash. The PP controlled ayuntamiento is facing yearly 10 million € interest payments from the debts run up by the GIL administration, put at 512 million €.

A luxury apartment in Golf Rio Real, previously used by the GIL councillors, has already been put up for sale, valued at 503,000 €, along with seven parking spaces at Las Lomas de Marbella Club, each one worth 15,000 €.

A council owned property at Puerto Banus used in its day by Isabel García Marcos and the fugitive Carlos Fernández, now both facing charges in the Malaya case, is also up for rent. The council prefers to sell off assets than to increase taxes, but has found money to advertise the tax freeze on local billboards.

El País reports that they plan to spend 215 million this year, but only have an income of 197 million, hence the property sales. Socialist spokesperson in the town, Susana Radio, warned that assets were being sold off badly, and claimed other measures could be used to avoid losing the assets of the Town Hall.

Meanwhile the British School of Marbella, the ninth international college to set up in the town, is to take over the old headquarters of the late Mayor Jesús Gil y Gil, known as the Club Financiero Inmobiliaria. From September children aged 2-6 will set up in the building which was sold by the Gil family to the MacAthnony real estate group.