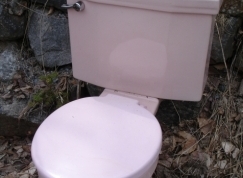 
You’d never think there was anything good in a pot of pee, right? Here’s news for you.

The use of urine for medicinal purposes can be traced to societies in ancient Egypt, China, Hindu and Aztec histories. Advocates also cite a prominent verse in the Bible: “Drink water from thine own cistern and the streams of thine own well.”

Urine therapy is also known as amaroli and it is an integral part of the Ayurvedic tradition of Yoga. Yogis who follow Ayurveda are advised to drink the urine they excrete between 4 and 6 in the morning because the hormones released are propitious in inducing the meditative state of mind.

The rationale behind urine therapy is quite simple and persuasive. Urine is believed to be a byproduct of blood filtration. It is NOT excess water that is released by the body. When blood filled with nutrients pass through the liver, the toxins are filtered out and are excreted as solid waste. The purified blood then travels to the kidney where excess nutrients are eliminated from the body. The medical name of urine is Plasma Ultrafiltrate. 95% of this liquid is water and the rest is a mixture of nutrients, urea, minerals, enzymes, antibodies and hormones.

Urine consists of urea, which is an antifungal, antibacterial and antiviral agent. Urea is produced when the body tries to balance the ratio of sodium chloride with water. Because of its ability to kill bacteria and limit inflammation, urea is often used in ointments and lotions.

“Drinking urine is a good alternative wherever water is scarce. It not only satisfies the need for liquid, but also actually keeps the body healthy. Some time ago there was an earthquake in Egypt. A survivor was pulled out of the rubble in Cairo after being trapped for three days. The man had kept himself alive by, among other things, drinking his own urine and he was in excellent condition. I heard another story about a man who kept himself alive with his own urine for a week in a collapsed mine. At the time of his rescue, he looked fine and was in extraordinary health.” – Complete Guide to Urine Therapy Universal-Tao.com

Homeopathic urine therapy dilutes the urine with distilled water and this diluted solution is placed under the tongue till there is a reduction in symptoms.

Precautions are taken to ensure the purity and quality of the urine. The first urine of the day and the mid-stream urine is the best sample. Before collecting the sample, it is necessary to wash the genital area thoroughly. After taking the urine into the body, individuals should refrain from eating anything for at least half an hour.

For external application, new or old urine can be used. Since older urine has a higher concentration of ammonia, it is more effective against skin diseases and rashes. To make the urine old, it should be stored in a dark bottle and closed tightly and kept away from the sun for 3-4 days. A small amount of the solution is applied directly on the skin. It can also be sprayed on the skin or added to skin lotions, cream or moisturizers. Doctors advise against the use of soap immediately after applying urine on the skin.

Urine therapy is supposed to cure a variety of ailments ranging from Arthritis, Cancer, Hepatitis, Multiple Sclerosis, Eczema, Psoriasis, Diabetes, Herpes and adrenal failure. It is commonly used to combat venom from snakebites, jellyfish and beestings. Urine is the main ingredient in infertility drugs.

So, now you know there’s more to pee than what meets the eye!

“The medical community has already been aware of [urine's] astounding efficacy for decades, and yet none of us has ever been told about it. Why? Maybe they think it’s too controversial. Or maybe, more accurately, there wasn’t any monetary reward for telling people what scientists know about one of the most extraordinary natural healing elements in the world.”