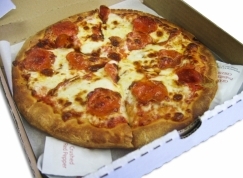 
The mortality rate from cardiovascular disease is however lower than in other European countries and the Mediterranean Diet is still followed.

A new study has revealed that, although Spaniards are eating fewer calories today, they are generally fatter than they were 20 years ago. Daily consumption is down 250 calories a day, but the DRECE study, ‘Diet and Risk of Cardiovascular Illness in Spain’, shows that the obesity rate is up by between 17 and 21%.

Part of the reason is the sedentary life of today. Miguel Ángel Rubio, chief of the clinical and dietary nutrition unit at the Hospital San Carlos in Madrid said, ‘Youngsters spend less and less time on physical activity and more time in front of the television or at the computer.’ He said this can also lead to inadvertent overeating through snacking.

But the cardiovascular mortality rate is lower in Spain than in other European countries. The experts believe it could be due to higher levels of ‘good’ cholesterol, HDL, particularly in women. The mortality rate from cardiovascular disease for the under 74s in Spain is at 16%, while it is at 40% for cancer related illnesses.

The DRECE report however shows that the Spanish population does not have bad dietary habits. DRECE’s president, Dr José Antonio Gutiérrez, told EFE, ‘We come close to the recommendations for a healthy diet, without any changes which could give cause for alarm.’ There are fewer pulses and cereals in the diet of today, with more fruit juices and fizzy drinks, but the Mediterranean diet is still prevalent amongst the Spanish population.