What do you do when you get stung by jellyfish? 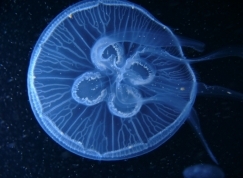 
The presence of jellyfish is becoming a frequent occurrence on the shores of the Mediterranean. Because just last weekend we had in many municipalities of the Costa del Sol a massive visit of these marine animals, it seems a good idea to give you an idea what to do if a jellyfish stings you.

The jellyfish, these gelatinous organisms are not particularly dangerous (at least the ones we have here), but their stings cause itching and stinging pain. Jellyfish do not attack, but move slowly, floating and they are drawn by the currents. Because they are highly translucent, they are relatively difficult to see in the water and therefore, sometimes bathers get accidentally in contact with them. This is when the cells of the tentacles release a poison, used for hunting or defence.

These “stings” produce instant pain and burning sensation radiating to the root of the affected limb, itching and edema (swelling). The intensity of symptoms varies depending on the affected area and can also have symptoms such as nausea, vomiting, diarrhea, muscle spasms or allergic reactions in some severe cases.

In the most popular beaches of Malaga there is usually a lifeguard station nearby. However, we leave you some useful tips on first aid, if the life guard is further away or you are on a secluded beach. For example, on the beach where I go there are no lifeguards, and there the “regular swimmers” bring a little “first aid kit”, a folk remedy to relieve the sting of the jellyfish: A small bottle with ammonia or vinegar diluted to 50%.

What to do when you’ve been stung by a jellyfish:
-Wash affected area with seawater. NEVER with freshwater because this activates the remaining nettle cells attached to the body.

-Do not rub the area or touch with your hands. Local application of ammonia or vinegar (diluted to 50%)

-Remove the remaining fragments of tentacles attached to the skin (with gloves or tweezers) and reapply ammonia or vinegar.

Some tips to avoid being stung by a jellyfish:
-Pay attention to the flags that indicate their presence and do not bathe or walk barefoot on the shore if there are jellyfish on the beach.

-There are sunscreens containing an extract of plankton preventing jellyfish stings (in pharmacy).

-Do not touch a dead jellyfish or its fragments: Be very careful because although the jellyfish is dead, it keeps releasing its venom, so you better don´t touch it.
-If you remember, take a little bottle of vinegar in your “Beach Kit”, it may come in very handy for you, your children or a towel neighbour.