Spanish Government to bring in changes to the Health Service. Immigrants are those most affected. 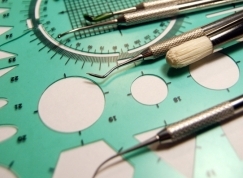 
Many more people will be called on to pay for the Health Service.

The Government are preparing a number of changes to the Spanish Health Service coverage. El País has seen a Government order being prepared by Mariano Rajoy.The Government says that as part of its austerity cuts, the right to a free public health service is being removed.

The Ministry for Health intends to collect 710.40 € a year which is 59.20 € a month from immigrants without residency permission in Spain. Such paperless immigrants will however only get any access to health service if they have been registered at the local census padron for a year. Irregular immigrants who pregnant, those who have asylum, victims of trafficking during their period of restoration, and children under the age of 18, will get free health treatment, although they will have to pay 40% of the coast of the medicines they are given. Emergency cases will always be attended to. The scheme is similar to taking out private health insurance, but is carried out in the public sector.

In Spain there are 150,000 without their papers.Rajoy wants to see people outside the National Health Service, ie the immigrants without residency, aged under 65 who want to be attended to in hospitals, and health centres having to pay 710,40 € a year, and for the over 65’s it that situation the cost goes up to 1,864.80 € a year. Those paperless immigrants over the age of 26 who have not paid into the Social Security will lose their coverage, as will those people who are earning 100.000 € a year.

The Ministry says that these new charges do not cover 100% of the cost of attending to the patients. The regional health services will organise the payments, but central Government will set the price.

This new order comes as the irregular immigrants who have obtained a health card when all was needed was to be in the Padrón list, are about to have those cards removed on the 31st of month.

The new regulations in brief:-
Workers and Pensioners
All those who have registered with the Social Security will get coverage from the public health service

Other Spaniards
Those who have never had a health card, (people with no resources, or professionals such as architects or lawyers who have taken out private policies), will be attended to if their wages are no more than 100,000 €.

Europeans from the EU
People from the countries of the European Union will get treatment in Spain only if the country they come from has a reciprocal arrangement to give health treatment to the Spanish. If that is not the case, the European visiting or living in Spain will have to take out private insurance, or pay the bill when they visit the doctor.

Foreigners from outside the EU
If they are in Spain legally, with a work visa or a student for example, and are listed in the Foreigners Registry, they can access Health Services like any other citizen.

The pregnant and those under 18
They have access to a free health service, even if they are asylum seekers, or victims of abuse.