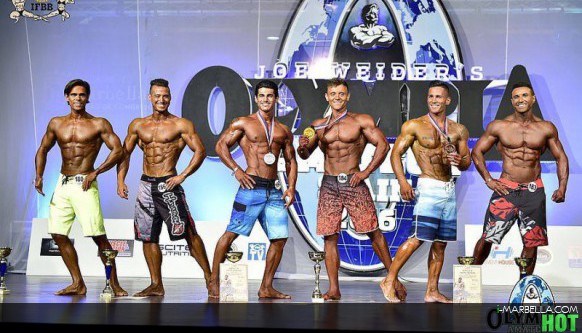 
This year's Olympia Spain was the 2nd edition of the event. Based on the last year's attendance and popularity, women's bikini-fitness has been expended from four to six categories and muscular men's physique category has been added (IFBB started it from the beginning of this year). So, this year's Olympia Spain was bigger (22 categories) and attracted more athletes (nearly 340).

The stars? Many of the top IFBB international contests winners decided to compete in Marbella. To mention the biggest ones:

You can view the overall results of 2016 Olympia Amateur Spain HERE.

More information on the event and IFBBc