Genetics are the most important factor in children’s academic performance 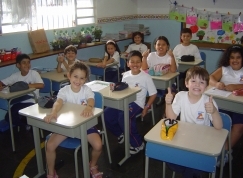 
Genetics are more important in a child’s academic performance than their socio-economic environment, according to a study.

The Economic Studies Institute of the Spanish Confederation of Business Organizations (CEOE) presented an education reform which also explains their belief that spending more on education does not guarantee better results.

The President of the CEOE warned that these reforms are “politically incorrect” and would have “electoral costs”. They also proposed that teachers need to be better trained and parents must take more interest in their children’s education.

They also point out that the greater presence of women amongst teachers has led to reduced work hours and intensive timetables, which could be detrimental to the pupils, as well as for other working mother, who can’t adapt their work hours to school timetables. Finally they defended that state and private schools should compete to improve the quality of education, and that children should not be segregated based on any difference.

Guy Ritchie Gets the Kids During Christmas (1)