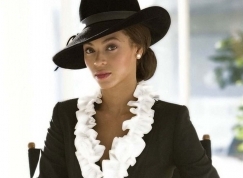 
Celebrities always have to look fabulous. Sometimes they need to lose some pounds for a catwalk show or some role in a movie, and they need quick results. Let´s take a look at some of the unorthodox ways some celebrities have tried to lose weight.

The Hollywood Cookie Diet
The participant is allowed to consume 800 calories a day, which allows for four 150 calorie cookies – to replace breakfast and lunch – and a very light evening meal. The individually wrapped cookies allegedly have all the nutrition needed for a day. According to the creators, they are a source of fibre and protein as well as containing more than 13 vitamins and minerals. The cookies come in three flavours, chocolate chip, lemon, and oatmeal and raisin.
Celebrity following? Material Girl Madonna admitted on a radio show that husband-at-the-time Guy Ritchie lost his libido when he tried out the Hollywood Cookie Diet. Sienna Miller was said to be one of a handful of celebrities that got the ‘magical’ biscuits given to her at an awards ceremony and Mandy Moore even told OK! magazine, “I love life and I love my cookies.”

The Baby Food Diet
New York fashion guru Hedi Silmane pioneered the Baby Food Diet when he found he could no longer fit into his favourite pair of skinny jeans. The participants replace their daily meals with three jars of organic baby food.
Celebrity following? Jennifer Aniston, Reese Witherspoon, Marcia Cross and Paris Hilton have all reportedly tried to shed a few with the baby food diet, although Reese says that she always makes sure she has at least one full-meal a day.

Leech Therapy
This isn’t for the faint-hearted. You have a turpentine bath to begin with and then allow a leech to suck on your blood until it is full up and falls off. The treatment is meant to thin and detoxify the blood, leading to a better you.
Celebrity Following? Demi Moore admitted recently on David Letterman’s The Late Show that she used leech therapy. “You lay back and watch it swell up and getting fatter and fatter and then when it’s super drunk on your blood he just kind of rolls over…like he’s stumbling out of a bar,” said the 45-year-old actress, who claimed that a blood test after the session proved that she was healthier.

The Maple Syrup Diet
A detox drink made from the natural sap of maple and palm trees, mixed with fresh lemon juice, hot or cold water and a pinch of cayenne pepper replaces the participants meals for a maximum of 10 days. The diets reportedly been around for the last 30 years, but garnered press attention when a Hollywood singer and actress admitted it was her slimming secret.
Celebrity following? Before filming began on Dreamgirls, Beyoncé Knowles reportedly used the maple syrup diet and lost a stone and a half in just two weeks. Lindsay Lohan is also said to a follower of the diet.