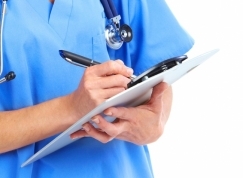 
A new E.U. directive on cross-border health care has been generally welcomed.

Experts in cross-border health care consider the new European Directive on the matter will limit the number of programmed operations, but will not solve the problem of overspending. The problems are highlighted on the Costa del Sol where a deficit in health care costs running into millions is established each year by the treatment of foreign EU residents and tourists.

New Government forecasts think that the Spanish Health Service is suffering from a 2 billion € deficit in funding nationally each year. Andalucía obtains some 25 million € a year from the EU in compensation for the costs of attending to EU residents and tourists, according to the Andalucía Regional Government. However this amount is well short of the real costs.

An example of this can be found in the pensioners community, with one on four residents aged over 65 in Málaga province, a foreign resident. The regional health service receives just 2,800 € a year for each one.

La Opinión de Málaga reports that experts in international law and health professionals consider the new EU directive approved in the European Parliament does limit the number of programmed hospital operations, but it does nothing to meet the overspend in the care of foreign residents and the saturation seen in emergency departments on the coast in the high season.

The new directive obliges the patient to get an authorisation from their country of origin for an operation elsewhere, and the treatment must also be available in the home country’s list of services. Otherwise the patient must pay from his or her pocket. Also the new country of residence, Spain in this case, can refuse to give the operation if it goes against the general interest of their own health system, or for questions of organisation, lack or beds or manpower.

Gregorio Blanco, from the Medical Union on the Costa del Sol has told La Opinión de Málaga that ‘Many foreigners here escape that regulation. The emergency departments continue to be the entry points for patients to be operated on fractured hips’.

Mayte Echezarreta, from the University of Málaga, who has been studying the problem, lamented that there is ‘no culture of costs’ in Spain. She considers that a better system of payment for the services given needs to be introduced. The latest data shows that Spain has obtained 88.9 million € for treatments to tourists last year, the data for foreign residents is still to be announced.

There are more than 43,000 EU pensioners aged over 65 resident currently in Málaga province, and more than 1.8 million foreign tourists visited the Costa del Sol last year. The Costa del Sol hospital in Marbella reports that one in four emergency cases is a foreigner, and nearly 40% of births have at least one foreign parent.