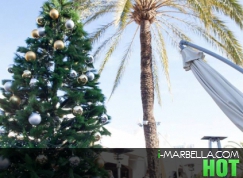 The Sala Super League is a year-round event held at the most prestigious golf courses on the coast.

What is Sala Super League? The finest golf event on the coast.

All the latest galleries from La Sala Group can be found at
http://i-marbella.com/Gallery/Venues

Do you want to know what's happening on the Rock? Click http://i-marbella.com/Gallery/Venues/venue/la-sala-gibraltar

Missing summer and La Sala by the Sea? Check out the galleries from last summer at http://i-marbella.com/Gallery/Venues/venue/la-sala-by-the-sea

Last but not least, El Rincon de la Sala also offers you a sneak peak into the ultimate dining experience at http://i-marbella.com/Gallery/Venues/venue/el-rincon-de-la-sala