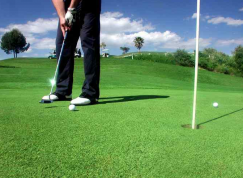 
The Andalucia Masters Golf Tournament which was supposed to be held at the prestigious Valderrama Club in Sotogrande from October 18th-21sthas been cancelled due to lack of funding.

It is believed that the current financial crisis in Spain meant the Junta de Andalucia was unable to raise the €3 million prize money. Unfortunately for the same reason The Madrid Open, the Castellon Masters and the Iberdrola Open have also been cancelled this year.

steve 20-09-2012 20:05 The Junta funds these tournaments with our money. Frankly, there are better things to do with it. I appreciate the marketing that comes with these tournaments and that the Junta has a responsibility to promote the area, but a lot can be done with 3m euros, and a lot more promotional impact could be generated than that which would come from this tournament.

The days of the bottomless pit of public money have gone. and we must hold all levels of government responsible for the funds they allocate to these kind of events.
0