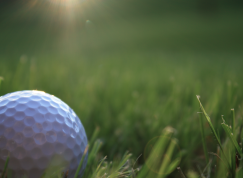 La Siesta, Cabopino, Artola , Santa Maria Golf, Marbella Golf , Santa Clara, Rio Real and Greenlife will all be serviced by the plant, with water being pumped in to irrigate the courses and maintain the greenery. The €9 million project, funded by owners Acosol, has included an expansion of the plant itself, and a 13,5km extension to the water transportation pipe network.

The network, which extends as far as Arroyo de la Miel, and Cerro del Aguila, Mijas, will also service local parks and recreation sites, with recycled water being used to tend to the shrubs and greenery. Around 70% of Malaga’s golf courses are currently maintained using recycled water, according to Acosol.

12 Golf Courses in Mijas Have No Opening Licences