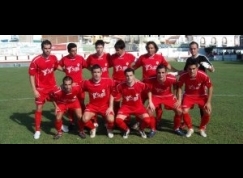 UD Marbella's poor start to the season continued when they lost 1-0 to newly promoted Martos CD at their first home game of the season.

Playing in San Pedro Alcantara because Marbella's stadium is currently being renovated Martos CD's Francis scored the only goal of the game in the 28th minute from a free kick. The result, which followed UD Marbella's 4-2 defeat at Ronda on the opening day of the season, puts the team firmly at the bottom of the the Tercera División Grupo IX. Marbella's poor disciplinary record also continued, with two players being sent off.