UD Marbella bounces back with a win 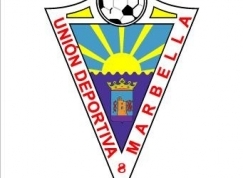 UD Marbella finally got their campaign for promotion from the Third Division underway after two defeats in their first two matches. The team, playing in San Pedro while their Marbella ground is undergoing renovation, managed to put five goals past fellow relegation strugglers Adra without reply. The visitors knew that they were in for a long afternoon when they were 4-0 down within the first 30 minutes. Marbella’s Jony Benisty scored after only 2 minutes and Ander added a second on 9 minutes. Marbella then won a penalty in the 16th minute that Carlos Guzman duly converted and then scored his second and Marbella’s fourth goal on 24 minutes.

Marbella went into half time 4-0 up and increased their lead in the second half with a second goal from Ander. The 5-0 victory means that Marbella rise to 14th in their division with three points from their first three matches. This weekend the team play Mancha Real away, who are currently one place behind them in the league.