The president of Sevilla FC sentenced to 7,5 years in prison 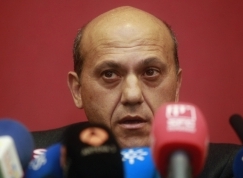 Del Nido has been sentenced to seven and a half years in prison for his role in a corruption case with the Marbella local council, the provincial court in Malaga said on Monday. Source: Scanpix


The President of Sevilla Football Club has been sentenced to seven and a half years in prison.

Jose Maria Del Nido, 54, has been found guilty, alongside the ex Mayor of Marbella, Julian Munoz, for perversion of the course of justice and embezzlement in the so called Minutas case – an off shoot of the ongoing Malaya trial. It comes after Del Nido – who was hired as a legal adviser to former mayor and president of Atlético Madrid Jesus Gil – charged the Marbella town authorities 6.7 million euros for legal work between 1999 and 2003 that was never carried out.

However both Del Nido and Munoz were found not guilty of document falsification and continued corporate crime. They have been barred from holding any sort of office for 15 years and ordered to pay 2.7 million euros and 3,058,505 euros respectively.

Meanwhile Juan Antonio Roca, the leading figure in the Malaya scandal – the largest corruption case in Spanish history – was also given a jail term of four years for the misuse of public funds and fraud. The case, which had nothing to do with Sevilla football club, can now be appealed to the high court.