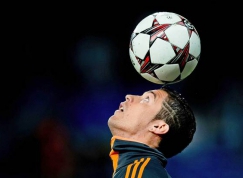 
Real Madrid's Cristiano Ronaldo has been named the second best-paid sportsman in the world by Forbes, clocking up earnings of $80 million (€64 million) a year.

Ronaldo was ranked as the top footballer in Forbes list of the world's highest-paid athletes, beating Barcelona rival Leo Messi, who came 4th with annual earnings of $64.7 million.

The best-paid Spaniard on the list, however, was tennis player Rafael Nadal, who was ranked 9th globally with his earnings of $44.5 million. The 28-year-old is currently recovering in Barcelona after undergoing an appendectomy operation on Monday, but hopes to return to action in January.