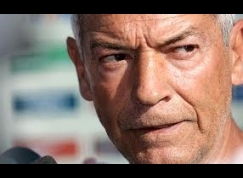 Jesualdo Ferreira is looking for a new job


The team are currently in the relegation zone

Málaga’s Jesualdo Ferreira has become the second Primera Liga coach to be axed this season following Antonio Álavrez’s dismissal from Sevilla at the end of September. The 64-year old has paid the price for a string of recent results that have seen the Costa del Sol side sink into the bottom three. His team has so far conceded 21 goals in just 9 league games and remains pointless from all five games at La Rosaleda.

Ferreira’s replacement looks certain to be ex-Real Madrid and Villarreal coach Manuel Pellegrini, who was travelling to Málaga this week from his native Chile to discuss details on a two and a half year contract