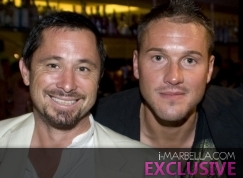 Blackburn Rovers are in takeover talks with Indian company Venky’s and hope to complete a sale next month, the English Premier League side confirmed Tuesday. Blackburn chairman John Williams said in a statement on the club’s website that a series of meetings between officials from Rovers and Venky’s had already taken place as well as an “extensive” due diligence process.

“Both parties are hopeful that the transaction will be completed in November,” Williams confirmed.

Venky’s chairperson Anuradha Desai said in the statement the company was looking forward to becoming the first Indian owners of a Premier League team.

“We expect to be the first Indian company to acquire a Premier League team and we are particularly delighted that the team is Blackburn Rovers, with whom we believe we have many shared values and ambitions,” Desai said.

Venky’s is established as Asia’s largest poultry group and has an annual turnover of 1 billion pounds, last year recording a profit of 118 million pounds, according to reports in England.

The company is one of a number of firms which have gone through the process of due diligence and inspected Blackburn’s accounts.

The Jack Walker Trust put Rovers up for sale two years ago in the hope of attracting buyers willing to invest in the club, but Venky’s is the first company to have satisfied club chiefs about their intentions.

Rovers have been scouring the globe for a potential buyer for several months and manager Sam Allardyce last week said he was looking forward to the prospect of new investment into the team.

“The club has been for sale for some time and new investment would be most welcome,” Allardyce said.

The Indians, though, may mean a change of scene for Allardyce. Plans are afoot to spend big money, and Big Sam, may find himself no longer part of the club’s future.

The world's population will reach seven billion on October 31 2011