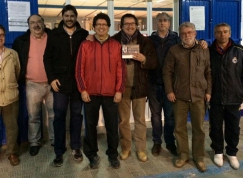 Collectors and football fans alike are in for a treat this weekend at the 2015 European Collectors' Convention in Torremolinos.

The Palacio de Congresos will boast a display of the World and European Cups won by the Spanish national football team, and national and international trophies won by Andalucian teams, to commemorate the 100th birthday of the Royal Andalucian Football Federation.

Companies and public institutions from the UK, Germany, France, Belgium, Russia, and Spain will be taking part in the convention, which brings collectors of stamps, coins, historical documents, and other items under one roof.