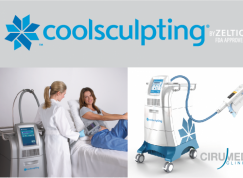 
It is one of Marbella’s great success stories: Since their opening in 2007, Cirumed Clinic Marbella has become one of the Costa del Sol’s most successful brands. The Clinic is the local market leader in Plastic and Cosmetic Surgery and attracts hundreds of patients from all over Europe every year, who come to have cutting edge treatment in Spain. The secret of their success? Cirumed combines decades of surgical experience with a focus on the latest innovations and treatments.

On the forefront of body-contouring

Beyond the borders of Marbella and Spain, the clinic has gained International recognition for their expertise in modern bodycontouring. Cirumed is currently the only European clinic to specialise in the so-called ‘Brazilian butt lift’ procedure, which means reshaping the patient’s buttocks using their own fat.

“For both surgeon and patient, this is one of the most fascinating procedures of contemporary Plastic surgery. No other procedure enables such impressive reshaping under local anesthetic without any silicone, with none to minimal scarring and a relatively modest

Dr. Aslani is also Head of the Department of Plastic, Aesthetic and Reconstructive Surgery at the Hospital Quiron Málaga. The department was the first in Spain to introduce water jet

“Water Jetstream has given an enormous boost to our possibilities in body contouring,” says Dr. Aslani, who was the first surgeon to be invited to share his experiences with Water Jetstream fat grafting to the buttocks, in front of an International audience. This privilege has so far only been granted to surgeons from the United States and South America, where Brazilian butt lift surgery has seen an incredible boom in the last decade. “I foresee a similar development for Europe”, says Dr. Aslani. “Fat transfer augmentation of breasts and buttocks will be the most important development in Plastic surgery in years to come.”

In 2013, Cirumed also broadened their range of specialist treatments by introducing Zeltiq CoolSculpting technology, which is the U.S. market leader in non-surgical liposuction. In the U.S., CoolSculpting is well established and has already been performed on over 1 million patients in over 200 offical Zeltiq CoolSculpting clinics all over the country.

“We are very excited to be able to offer Zeltiq CoolSculpting at Cirumed, since it makes our range of services complete,” says Dr.Aslani. “A few years down the line those who have had surgery will want to complement their procedure with fat grafting to another part of their body. For the majority of patients who want only removal of a problem zone, CoolSculpting will likely be our technique of preference. CoolSculpting is currently the only non surgical

technique that is able to match the result of surgical liposuction.” Zeltiq CoolSculpting is another feature that sets Cirumed Clinic apart from other clinics in Spain. Cirumed is one of only four clinics in Spain to have Zeltiq CoolSculpting. It is also available in Madrid, Barcelona and Valencia. With their pursuit for innovation and cutting edge solutions, Cirumed Clinic will continue to be a showcase for successful business development on the Costa del Sol.

Coolsculpting: The ultimate in fat removal without surgery hits Marbella

A Little Christmas Something: Christmas Cards from i-Marbella Partners