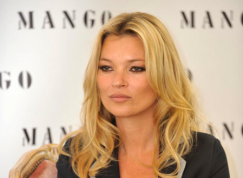 She replaces Hollywood actress Scarlett Johansson as the face of Mango. The company hopes to open 500 stores worldwide this year, according to Mango’s Expansion Director David Sancho.

Founded in 1984 and has grown to more than 2,000 outlets in 100 countries. In 2010 the company turned over €1.65 billion, estimates show, as well as inaugurating 365 branches. Self made businessman Mango President Isak Andic, 56, is worth €4.3 billion and is the second richest man in Spain, according to Forbes.

With an estimated fortune of €21.7 billion the founder of Zara – part of Spanish clothing giant Inditex, Amancio Ortega, 75, is listed as Spain’s wealthiest man in the Forbes ‘ Wold Billionaires’ report.