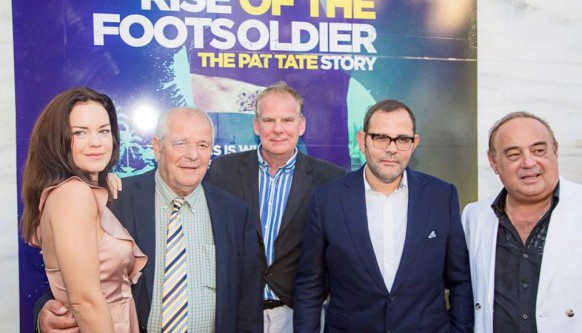 
These October’s 4th-8th of 2017 the wonderful city of Marbella, Puerto Banus in Spain witnessed the marvelous power of professional cinematic by the hand of important figures of the industry during the 12th Marbella Film Festival an event that combined elegance with art at an exclusive level.

Taking place in one of the most beautiful cities in the world, the Marbella Film Festival offered a high-standard event that lasted 5 days and was started with the famous Marbella Red Carpet entrance.

During the festival, participants enjoyed the most exclusive parties, access to 40 marvelous films projected during the event on a daily schedule, access to meet the cast and crew and network opportunities with producers and directors.

Under the eyes of this wonderful city, actors and producers were awarded for their art praising this industry’s important figures like the actor Carlos Bardem who received the International Projection Award of the Marbella Film Festival.

Showcasing the best in international film and emerging talent from America, the UK and the rest of the world.

With pro-hosted workshops and endless films, this 4-day event in the heart of Marbella brings together movie fans, filmmakers, actors, directors, and producers from across the globe.

It is the perfect event for meeting and networking leading industry figures to help launch your film, career, or just a place to indulge in your interest in the film.

Marbella International Film Festival is perfect for corporate events and group bookings. We offer several packages to get right in amongst the action including a red carpet screening every night, followed by an after party. The festival is closed with the famous Gala dinner on the last day.