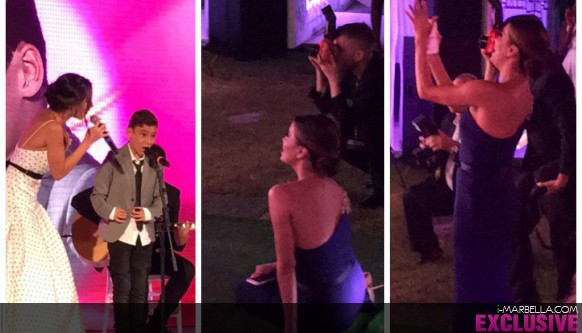 
The Global Gift Gala took place in Marbella at the Gran Meliá Don Pepe on July 17, and once again, Eva Longoria was fascinated by Adrian Vega, listnening to the young celebrity in awe.

The eleven-year-old boy has become an Internet sensation in Spain (and internationally) thanks to his incredible voice!

Last year, a clip of little Adrian, who suffers from water on the brain and has congenital malformation of his hands, singing with his elder sister went viral, getting more than seven million hits on YouTube.

The album is available on iTunes and Spotify.