Amaury Nolasco: I have stayed in Marbella for a month, and it feels like heaven! 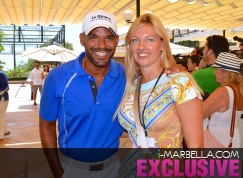 Amaury Nolasco Garrido (born December 24, 1970) is a Puerto Rican actor, best known for the role of Fernando Sucre on the Fox television series Prison Break, and for his role in Transformers.

Interview with Amaury Nolasco from July 4, 2015, at La Quinta Golf

1. Did you enjoy today's golf game?

I have just finished a game at La Quinta, but my results are nothing to brag about, so let's just change the subject. Other than that, the game was great, the venue, very enjoyable, and I am blessed to be supporting this event for four years in a row along with my dear friends Eva, Maria, and Alina. Marbella feels like heaven.

I have been travelling for the past four months, and now, I am on vacation. I have been to Sweden, London, Gordoba, Ibiza, Mykonos, Geneva, Cannes, and now, I'm in Marbella. Knowing that I'll have to work a lot soon, I decided to take it easy and discover Europe.

Hard to say as every place is beautiful in its own way, but, yes, I have stayed in Marbella for a month, and it feels like heaven.

4. When will you start making a new movie with Eva Longoria, and what is it about?

We will soon start making a new TV show. Hot & Bothered (previously known as Telenovela) is an upcoming American television series that is expected to air on NBC as a mid-season entry. Starring Eva Longoria and Jencarlos Canela, the comedy is about the daily life of a telenovela star who does not speak Spanish, despite being the center of attention from her co-stars and the crew around her.

It is Eva's baby, her show. I will be portraying Rodrigo, the villan, who is not really a villan, but one of the funniest guys.

5. What other projects are you currently involved in?

Criminal is an upcoming 2016 American-British action thriller film directed by Ariel Vromen and written by Douglas Cook and David Weisberg. The film is about an ex-con who is implanted with a dead CIA agent's memories to finish an assignment. The story of the right man in the wrong body. In a last-ditch effort to stop a diabolical plot, a dead CIA operative's memories, secrets, and skills are implanted into a former death row inmate in hopes that he will complete the operative's mission.

6. What is an actor's biggest fear?

This doesn't apply to me anymore, and I hope it never ends.

7. When did you know that you would become an actor, and when did you?

A very good question, indeed! I wasn't able to figure it out until I was 20. I was supposed to become a doctor, just like my mother, father, and brother. I used to study Biology and have a related degree.

I wasn't looking to become an actor, it found me. One day at the beach, someone came up to me to ask whether I wanted to take part in one commercial projects; then came another one. Later, I knew what to do.

8. Who do you think who is most influential celebrity in the world (not a political figure)?

There are plenty of great influential people.

I don't say this because she is my friend, but I truly believe that Eva Longoria is an exceptional person, not only because she is a philantropist, but because she manages everything from producing and directing to being involved in politics and acting. She always tries to help other people and to give back to other people what she has been given.

Amaury Nolasco is in love with Marbella! 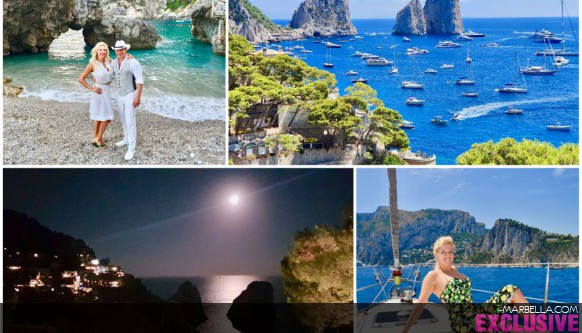 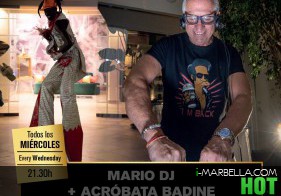