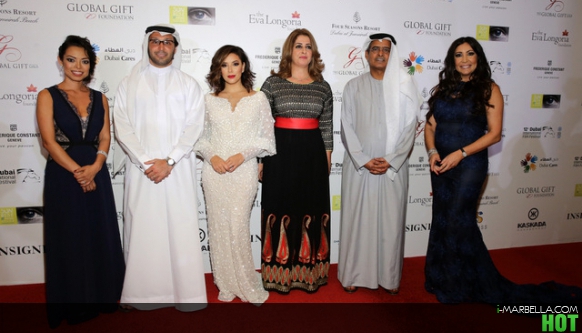 The third edition of The Global Gift Gala was held in Dubai on the 12th of December at The Four Seasons Resort at Jumeirah Beach, hosted by actress, philanthropist, and Honorary Chair, Eva Longoria alongside The Global Gift founders, Maria Bravo and Alina Peralta.

Commenting on the night, Eva Longoria said: "We returned to Dubai for yet another incredible event and I'm honoured by the support we received. Partnering with Dubai International Film Festival and Dubai Cares was a real privilege. I'm already looking forward to coming back next year to do it all again."

This year, organisations set to benefit from the gala included The Eva Longoria Foundation, which focuses on women's education and entrepreneurship; Dubai Cares, a philanthropic organisation working to provide children in developing countries with access to quality education; Sunrise K' focusing on raising awareness against glaucoma and The Global Gift Foundation with the opening of their first 'Casa Global Gift' for special needs children, whilst also providing medical treatments and therapy for children affected by rare disease.

50,000€ raised by Maria Bravo during the 6th edition of The Global Gift Gala in Dubai.