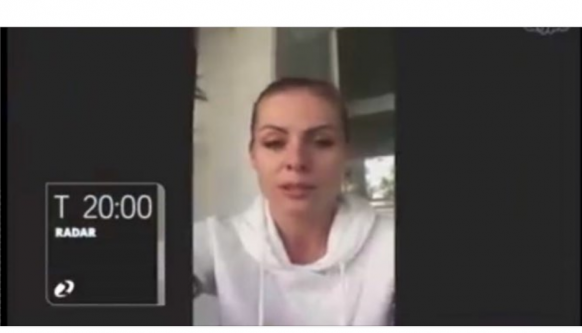 
What are Estonian girls are really doing in Marbella? What happened to Triin Sommer?

Marbella. She is drinking, smoking and making drugs and entertaining men who buy champagne.

In 2009, Estonia’s Triin Sommer was a famous and talented singer who performed under the stage name Trinity. She had great potential to become a singer; she was very famous and sang to full houses.

Sommer was a beautiful girl and already at that time she gave her "finger" to Playboy magazine as well.

Today, instead of singing, Sommer is destroying her life. She looks utterly frazzled and worn-out, which is the result of her lifestyle. This consists of endless drinking and entertaining men at nightclubs. She hangs out with people who have or have had problems with drugs or another entertain girls.

A good example how one talented singer goes downstairs. For today she has become a social escort in Night Clubs, who smoking, drinking and making drugs. Said Annika Urm to i-marbella.com

A number of witnesses who can confirm Triin Sommer's life is in decline.

Triin Sommer and her ex-boyfriend

Before Triin lived in Brussel where she kicked out by boyfriend with who she had Pizza Bar in Brussel.

She has no education any proper work and asking money debt (100€) in TV broadcast! At the end was proven she is owning money 1000€