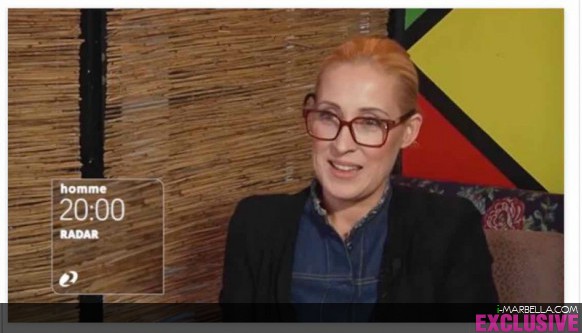 
Marge Rahu is the owner of Buduaar, a well-known women's web portal in Estonia. After many years of court proceedings, she was ordered to pay the Estonian Tax and Customs Board 200,000 euros.

Marge Rahu, now known as Marge Tava, is the owner and a member of the management board of Buduaar Meedia OÜ. Years ago, Annika Urm was also a shareholder and member of the management board of the company. In 2007 Urm invested approximately 1,000,000 Estonian kroons in Rahu's company. Business was going well and Buduaar was a well-known company in Estonia. However, Rahu began to hide decisions and company documents from Urm. In addition, Rahu forced Urm to make financial deals that were in conflict with the law and good practices of bookkeeping. There were disagreements between Urm and Rahu, and working together became impossible. Urm wanted to get her investment back and sell her shares. However, the fight between the two businesswomen blew up and the courts and police investigating bodies had to settle the disputes. The court and criminal investigation took three years, as a result of which Rahu was ordered to pay 200,000 euros.

A compromise was reached in the criminal and civil court when Rahu purchased the Buduaar Meedia OÜ shares from Urm and it was agreed that they no longer had any claims or complaints against one another. Rahu is obliged to pay the 200,000 euros in tax to the state which she embezzled and hid from Urm. In addition, Rahu had lost accounting documents, which impeded the investigation. The court and police investigators detected no violations concerning Urm.

Marge (Peace), judicial decision and EUR 200 000 in tax debt to the Republic of Estonia.

However, this year, two years later, Rahu turned to the editorial staff of Kanal2, an Estonian TV channel, and commissioned a story in which she publicly accused Urm of document theft and everything that the court and investigators had ordered Tava and Buduaar Meedia OÜ to pay for in the amount of 200,000 euros.

Marge Rahu gives a real performance on the ‘Radar’ TV show, lying to the entire audience.

Urm discovered before the show that something of this kind was about to happen and talked to Rahu over the phone to ask her why she was doing it. Rahu replied that she had lost everything anyway and was unable to pay the sum. Buduaar.ee was going bankrupt as a result of it. Buduaar Meedia OÜ no longer made that kind of money, she said, and she had three kids to feed.

Marge Rahu is facing a prison sentence for committing tax fraud of 200,000 euros.

Urm realised that Rahu was trying to blackmail her for the money. Urm also gave an interview on the show in which she was asked several times whether she felt guilty and would be willing to help Rahu by paying the money. Urm specifically said that it was Rahu's problem and the court's ruling, which she had to resolve on her own.

She had also paid both Triin Sommer, Tene Sommer and Johnny Gates to tell 100% fabricated stories without any evidence that damage Urm's reputation.