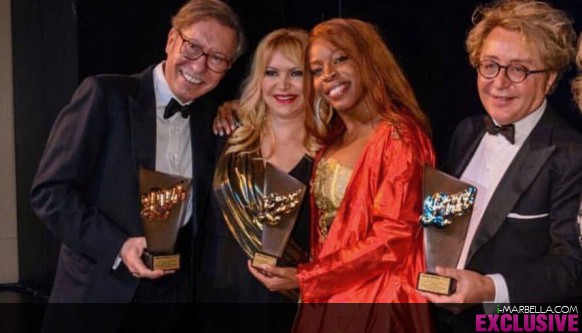 
The Luxury Advertising Awards had its 5th edition on Friday 15 of December this 2017, at Palacio De Congresos De Marbella delivering special awards and recognition to the most important firms of the luxury sector

This Friday 15 of December this 2017, from 8 pm, at the Palacio de Congresos de Marbella, the Luxury Advertising Awards took place followed by a cocktail after the main event.

One more year the awards are given to the best advertising campaigns of the year in Spain in the Luxury and Premium sectors.

This fifth edition of the Luxury Advertising Awards 2017 has been the most awarded in its history, delivering 60 awards to the participating firms and 7 in the honorary sections.

The most awarded agency of this edition was "El Cuartel" that won in 12 categories taking the position of Agency Platinum 2017.

This was followed by "Anonymous Advertising" with 6 statuettes and two other Spanish agencies that have received 5 awards each one, "Parnaso Comunicación" and "Avantine" as well as other highlighted agencies, "Alma Audiovisual", "Corre Lola Corre" and "Desoños", which won 3 home prizes each.

In addition, advertisers from other countries were rewarded, such as "Hästens Beds", which comes from Sweden to collect 3 prizes, and the Dubai agency "Horizon FCB", which owns a prize.

As for the featured advertisers, the appearances were as follows:

Special mention: Agency "Feel the Brand", winner of the Princess Béatrice d'Orléans 2017 Prize and the 5th Anniversary Special Prize, both awards for work for Loewe Perfumes.

Spanish Academy of Radio to the most elegant singer: Special Award that remains in the hands of Yanela Brooks.

In this way, the act of the night was closed between applause and cocktails, extolling the name of luxury advertising in Spain and the world, as well as Fundación Mundo Ciudad, who organized this event with María Cansino as chairman , awarded the winners more than € 200,000 in scholarships with the purpose of promoting the growth of new talents in this sector of the market.

Luxury Advertising Awards is a festival full of Glamor, with now 5 years on the road, where the importance of the communication strategy of any luxury or premium brand is valued, as a very effective way of transmitting the philosophy of the company and at the same time helping to realize an approach to clients and social referents.