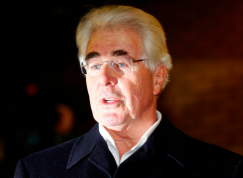 The PR guru, who has an apartment in Marbella, was arrested at his Surrey home by the Metropolitan Police as part of Operation Yewtree. The 69-year-old is a regular visitor to the Costa del Sol and is well-known for the charity golf event he has hosted for the last 12 years at La Cala Resort in Mijas.

Clifford was also allegedly offered the PR contract for Marbella Town Hall. Operation Yewtree was launched to investigate mass allegations against the late Jimmy Savile in relation to the abuse of young people during his career.

The Butterfly Ball a superb success!

The Rhys Daniels Trust Witness the Birth of a New Star at Their Welcome Dinner.