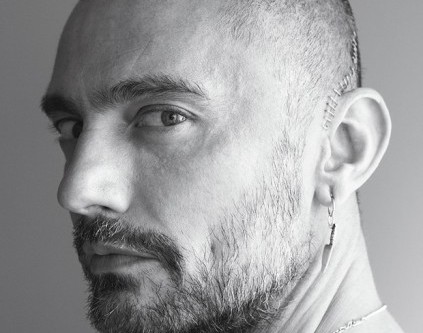 
The designer David Delfín, died in Madrid on June 2, 2017, after waging a tough battle against cancer.

In April 2016, Defín was operated on for three brain tumours. He later combined a chemotherapy and radiotherapy treatment, but he faced that difficult moment with an overwhelming force and knowing how to appreciate the present, as he recounted exclusively in the pages of the July issue of Vogue Spain.

The designer lived away from public life for months but from time to time we could know that he met with his friends and family thanks to the publications of his relatives.

Her boyfriend Pablo Sáez has been his best company in the worst moments.

David Delfin on the catwalk

The designer lived until he was 18 years old in Marbella, Málaga until he went to Madrid to fulfil his dream.

He began to model at the Circuit de Barcelona with the Opening Nite collection (spring/summer 2001).

He created the brand Davidelfin in 2001 along with the brothers Postigo, Deborah Postigo, Diego Postigo and Gorka Postigo, and the model Bimba Bosé.

His creations jump to the first rows in 2002, when it paraded with the collection Cour des miracles in the Passarela of nudist market of Madrid. This collection was inspired by the painter Magritte and the film director Luis Buñuel.

David Delfin was awarded the 2003 Cibeles Footbridge with the prize for the best collection of a young designer by In loving memory. Since then he has continued to regularly parade in Cibeles with other collections such as Mi manchi or Foreign body where model Bimba Bosé has become his muse.