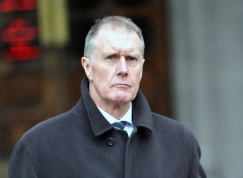 
Sir Geoff Hurst, the British football player who became a national hero and a legend in 1966 has apparently reported before a British court that he has been swindled on the purchase of a property in Marbella (Malaga).

According to the Daily Telegraph, Hurst (68) apparently left the purchase in the hands of his friend and financial adviser, Mark Cordner, but now accuses Cordner of having lied about the terms of the 2.2 million euro contract to buy a plot of land between 2003 and 2004. He and other investors agreed to buy the plot to build chalets, but later found that it was protected land and that the licences had been granted illegally.

He claims that Cordner knew the transaction was illegal but decided to go ahead so he could pocket the 80,000 euros commission on each of the chalets. In the meantime, the land has changed hands and the new owners do not accept the contracts signed by the investors. Cordner and his accomplice, who is now missing, made the investors pay up front and never told them he was taking commissions.