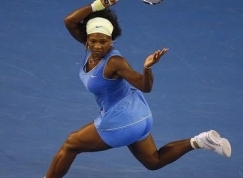 
Marbella will host the "Andalusia Tennis Experience", for the second consecutive year this April, a tournament that will bring world class tennis back to Marbella.

Yesterday morning the Mayoress, Ángeles Muñoz, attended the presentation of the WTA tournament "Andalusia Tennis Experience".  The Tournament will be held for the second consecutive year at the Puente Romano, between the 3rd  and 11th of  April and will bring together the best woman tennis players in the world.

The presentation took place in Malaga and the Mayoress stressed the success of blending sport and tourism in the promotion of the city´s image, it is this positive image that has ensured that the championship remains in Marbella.

Among the players confirmed for this year is the world's No. 1 Serena Williams, the Spanish player Maria Jose Martinez, Anabel Medina and last year's runner-up Carla Suarez.