Three tons of hashish found on boat in Benalmádena Marina 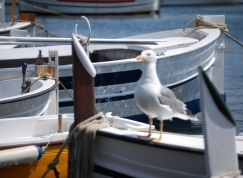 
There are no details as yet as to the owner of the boat.

Three tons of hashish has been recovered from a boat in Benalmádena by the Guardia Civil Fiscal Territory Patrol, based in Torremolinos. The find was on Monday when 102 bales of the drug were found in the cabin of a 15 metre yacht which has also been impounded.

It happened as a patrol was monitoring the Benalmádena Marina, and noted how the boat was lower in the water than it should be.

Star of the procedure was Hekki, a Guardia Civil anti-drugs dog who confirmed the presence of the drugs without even going aboard, giving the agents reason to request a judicial order for a search.

In a separate incident a 37 year old Moroccan man has been arrested after 2.5 tons of hashish was seized by the Guardia Civil in the Cala Panizo, in Cuevas de Almanzora, Almería.

George Michael is going to jail! (1)