The majority of unqualified doctors are in the field of cosmetic surgery! 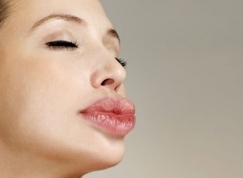 
Since 2001, the Spanish Medical Association has identified 25 cases where doctors do not have the necessary qualifications to carry out medical procedures; the majority are within the field of cosmetic surgery.

"We believe there may be more cases however because the College does not have a work inspector we can only act when we know of a case for complaint" stated José Enrique Peña, legal coordinator for the Association.

"They tend to be general practitioners increasing lip size, injecting Botox and carrying out minor cosmetic surgery” explained Peña.  It is not only cases where a person poses as doctor without the required qualifications, but also those in which a doctor has a specialty without having specific training.  In the first case, the performance of the individual in question is classified as a crime, whilst in the second instance it is classified as a misdemeanour, also within this last section there are the cases of doctors who have the qualifications, but do not have the necessary approval.

Often the complaints stem from the individuals concerned.  Since 2001, two healers were also denounced, in this particular instance the lack of proper accreditation was mixed with fraud, however one of the accused was acquitted because the case failed to prove that any patient had been treated.