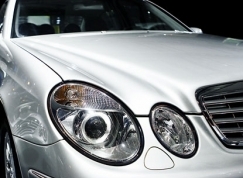 
Four Men have been arrested whilst in possession of stolen luxury cars in Alicante and Málaga.

According to Europa Press, the arrests were part of a National Police operation against an organized gang of car thieves in Málaga and Alicante.  Four luxury cars have been recovered, two of the cars, both with stolen plates, were found in the possession of an Algerian man in Alicante, one of the cars was stolen from Holland and the other from Spain.  Three British Men were arrested in possession of a car with a false British number plate that had been reported stolen in Murcia.  A forth Brit was arrested in Fuengirola also driving on fake British plates.

Tomb opened to investigate stolen baby allegation, and found to be empty (3)