Spain to take a harder line on smoking laws 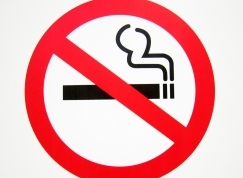 
Spain aims to take a tougher line on smoking in public places imposing an absolute ban in all restaurants and bars in the new year.

The Spanish Hostelry Federation fears that the combination of the new laws in conjunction with the current financial market could lead to potential losses of 11 billion Euros annually.

The Anti-Smoking Law that was passed in 2006 prohibits smoking in the workplace, however in bars with less than 100sq meters and restaurants with big floor spaces with special zones indicated for smokers, smoking is still permitted.

Last week, Health Minister, Trinidad Jimenez stated that she will try and put the bill on such a ban before parliament early next year, she affirmed that similar laws exist in other countries and such laws have not had any negative effects on the country´s economy or business.