Spain comes out on top! 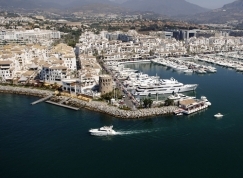 The results of a recent survey of 50 tourist destinations carried out by Skyscanner, the internet flight search engine, placed Málaga and the Costa Del Sol at the top of the most desired destinations for 2010 by British tourists.

A staggering 80% of tourists now make their holiday bookings online and Skyscanner is a useful tool in verifying the most competitive tickets, checking the cheapest prices from amongst 600 airlines.

In last year’s survey Malaga came runner up however it has climbed to first position this year, with Tenerife and Alicante coming a close second and third and making Spain the top choice amongst British tourists.  Fourth place went stateside to Orlando, and fifth place Dalaman in Turkey.   Whilst further Spanish contenders, Palma de Mallorca and Lanzarote came eighth and ninth respectively.