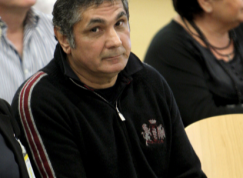 The leader of the Russian Mafia, Alexander Kalashov, has been arrested in Marbella and now faces extradition to his native Georgia. Last Tuesday he was sentenced in his absence by the Spanish National Court to seven years and seven months in prison, and a 20 million € fine, on money laundering charges in the ‘Avispa’ case, which was broken up by the Spanish authorities in 2005 and 2006.

He was arrested by the specialist UDYCO organised crime unit of the National Police at 2,30pm on Sunday afternoon. He had been on provisional release since last March after paying 300,000 €. He is expected to be taken to the National Court in Madrid on Monday, where the extradition procedures will be started.

Christina Aguilera Was Arrested, but Not Charged