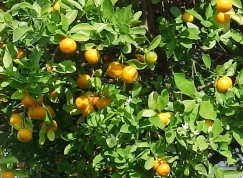 The Provincial Delegate of Agriculture and Fisheries, Antonio Moreno, recently pronounced that the torrential rains have caused an estimated 30 million Euros worth of damage to crops and infrastructure in the province.  According to Málaga 101, in terms of infrastructure the estimated damages amount to a staggering 20.1988.998€ whilst damages to farm production itself run to 10 million Euros.

The Delegate went on to state that the citrus and Olive crops have been hardest hit, with an estimated 80% of crops damaged in olive cultivation.

Moreno stated in a recent press conference that the Governing Council has already designated three million euros for the province as a quick response for "immediate actions" and assured that "we are on track to meet the needs of the different people".