Ne-Yo Live in Concert at Aqwa Mist on August 7 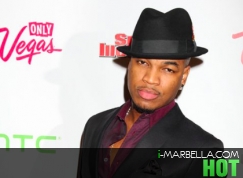 After taking a few years off to work on several films, Ne-­yo is back with his fifth project, R.E.D (Realizing Every Dream), a stellar

effort that’s sure to race up the charts and catapult the R&B superstar to even greater heights.

As one of the industry’s most sought after songwriters, Ne-­yo has gladly shared his prodigious talents with his fellow artists, penning number one hits for Beyonce “Irreplaceable”, Rihanna “Take  A Bow” and Mario “Let Me Love You”, as well as chart toppers for Celine Dion, Mary J. Blige, Usher, Kanye West, Lionel Richie and many more.

Three of Ne­‐yo’s four previous albums, 2006’s In My Own Words, 2007’s Because of You, 2008’s Year of the Gentleman have gone platinum and produced a slew of top 10 hits, including “Sexy Love,” “Because of You,” “Mad” and “Closer.” Hollywood has also embraced him, both in front of and behind the camera. He’s written music for films like The Princess and the Frog, Precious: Based on the Novel ‘Push’ by Sapphire and I Can Do Bad All by Myself.

On Wednesday 7 August, Ne-Yo will be performing at Aqwa Mist and sharing a selection from his new album R.E.D. (out September 2012,) including his latest single, “Lazy Love.” This new album is the follow-­‐up to, 2010’s Libra Scale and the RIAA platinum Year Of The Gentleman (2008), his third consecutive album to enter the Soundscan chart at #1. In addition to containing a trio of RIAA platinum hit singles, “Closer,” “Miss Independent,” and “Mad, ”Year Of The Gentleman generated five Grammy nominations in 2009, with “Miss Independent” winning Best R&B Song and Best Male R&B Vocal Performance.

Previously, Ne-­‐yo established himself as a core member of the Def Jam family with Because Of You, which won the Grammy Award for Best Contemporary R&B Album, and In My Own Words, both #1 debuts on the Billboard 200 and R&B Albums charts.

In addition to performing at Aqwa Mist, Ne-­yo will also be heading to the coast’s finest beach club, Sala Beach, for the ultimate pre-­‐party from 11am on Wednesday 7 August!

Tickets will be available to purchase from July 5th from La Sala, Aqwa mist or by contacting the below:

Ne-Yo To Become A Father

In Which Hotel is Ne-Yo staying in Marbella?